Intentico Inc. has been featured on LiveMint: Teaching bots the art of a good conversation

Intentico Inc. has been featured on LiveMint: Teaching bots the art of a good conversation 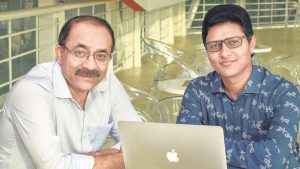 BENGALURU : When lingerie startup Clovia deployed a bot to chat with customers online two years ago, it hastily pulled the plug on it within a week. A customer asking about an undelivered product was shown bras to buy. Gaffes like this can quickly spiral out of control. “You can become a laughing stock on social media if the chatbot starts throwing up answers that are tangential to what the customer is asking,” says Pankaj Vermani, founder and CEO of Clovia.

And yet, last year, after some persuasion, Clovia decided to try a chatbot from a new AI startup in Bengaluru, Intentico. This time the approach was a lot different from throwing a bot into the firing line.

The first few weeks were spent digesting all available data on customer queries, understanding business processes, identifying areas that were easiest to automate first, and training the bot to handle those and hand off trickier areas like body shapes and fits to humans. Then Clovia felt confident enough to give the chatbot another try. Over the past 15 months, there has been a 50% reduction in humans handling customer queries even though Clovia’s business has grown. Interactions with the bot are increasing in both number and complexity.

“Initially we gave it very little space, but as we saw consumers responding better, we’ve started to push the chatbot further,” says Vermani. “Many consumers are more comfortable talking to a bot about something as intimate as a lingerie. Next we want an automated bra salesperson to advise a consumer. And we’re pretty much there in our test runs.”

NOT JUST A CHATBOT

Many of us have interacted with chatbots only to be frustrated as soon as the conversation moved beyond basic queries. That’s because most chatbots don’t have a clue about the intent behind our queries. The possibilities of natural language processing (NLP) have exploded over the past decade as the big tech companies—Google, Amazon, Microsoft, Apple, Facebook and IBM—have pumped resources into creating their own virtual assistants like Alexa and Siri as well as open source AI platforms. This has lowered the entry barrier for creating chatbots but hasn’t made them intelligent in specific contexts. A baby doll means one thing in the toy market and something else in women’s lingerie, for example. P.G. Ponnapa, former MD of AOL India, who is an adviser to Intentico, uses a cricket analogy to describe the chatbot scene. “Everybody says, ‘Oh, I can make bots’. That’s like saying I play cricket and so does Virat Kohli. Making a simple bot is college level stuff. The moment you go into a higher level, data sciences and business use cases come into play.”

Satish Medapati, who managed the APAC region for customer service tech company [24]7.ai before turning entrepreneur, launched Intentico in February 2018. The key, according to him, is to look at the chatbot as one piece of an enterprise’s “AI transformation” rather than a plug-and-play tool.

“Having the best algorithm or NLP isn’t enough. A lot of consultation work also needs to be done,” says Medapati.

Only then can a chatbot be integrated into a roadmap to automate and enhance the experience of today’s customers who are used to messaging and expect relevant answers immediately instead of being put on hold in a call with repetitive music.

Intentico is focused on drilling deep with a few enterprises big enough to architect such a project instead of spreading itself thin across multiple smaller clients. Automotive, banking and retail companies in India and Japanese electronics equipment maker Toshiba in the Gulf are among its early adopters. “Each of our clients has failed earlier with bots despite a multi-million-dollar exposure,” says Medapati.

Intentico’s NLP engine Curie at the back end and its text and speech bots at the front end are part of a larger suite of products that deal with various aspects of customer interaction across multiple channels. These include bot-integrated middleware to connect different systems and channels, ‘botlytics’ to derive actionable insights, and traditional tools like IVR (interactive voice response), ticketing and dashboards. The startup also provides consulting services to streamline workflows and data gathering that are vital enablers for AI.

Such an integrated approach increases the chances of its chatbots engaging in deeper conversations and making sense. Intentico works with partners and system integrators to find and fit all the pieces of the puzzle. In the case of Toshiba in Dubai, this extended to figuring out the infrastructure for messaging because many countries in the Gulf have banned VoIP (Voice over Internet Protocol) which makes popular apps like WhatsApp inaccessible. Intentico crossed that hurdle to channel an entire call centre’s customer queries to a speech bot. “More than 95% of the queries are resolved with the Tosh speech bot,” says Medapati.

The way that Intentico has built its NLP and flow engine Curie is also different from the decision tree model that most chatbots use. “Ours is an ensemble of decision trees where the bot can leap from one tree to another,” says Medapati. This is closer to how a human conversation flows. For example, a Toshiba customer might start a conversation about a service request and suddenly ask about a product she saw in a retail store. “The human mind can switch seamlessly from one context to another but it’s very difficult for a machine to do,” explains Medapati. “What we’ve enabled in Curie is a context switch mechanism where the bot can jump from the node of one tree to a node in another tree of the ensemble.”

Intentico is Medapati’s third startup. His earlier venture Bounty had a proprietary indoor positioning system to track a customer’s location in the outlets of partners. It engaged customers by showing reward points to collect and generated customer analytics for partners.

The app scaled to 500,000 users but did not get investor backing in 2017. Medapati then took up Intentico, building on his background in AI and data analytics.

He approached Ponnapa to become his startup adviser for Bounty, but couldn’t convince him. He got his interest, however, with Intentico.

Ponnapa feels enterprises with a large base of customers have a lot to gain from automation not only in cutting costs but also to enhance their customer experience. It’s still an unsolved problem and the Intentico way appeals to him.

“We are not aiming at a simple chat solution but a complex, integrated solution that works well in specific domains,” says Ponnapa. Once this model is established in one of the large enterprises that have adopted Intentico, the next stage will be to find strategic investors for a series A round that will help the startup scale up in global markets.

That’s likely by mid-2020 if Intentico’s bots behave the way that chatbots were supposed to when they first arrived on the scene a few years ago.

What you can read next 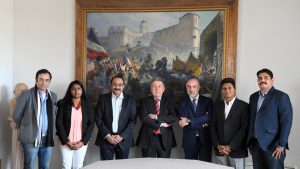 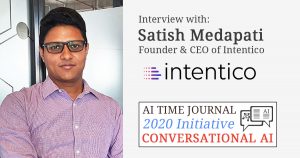